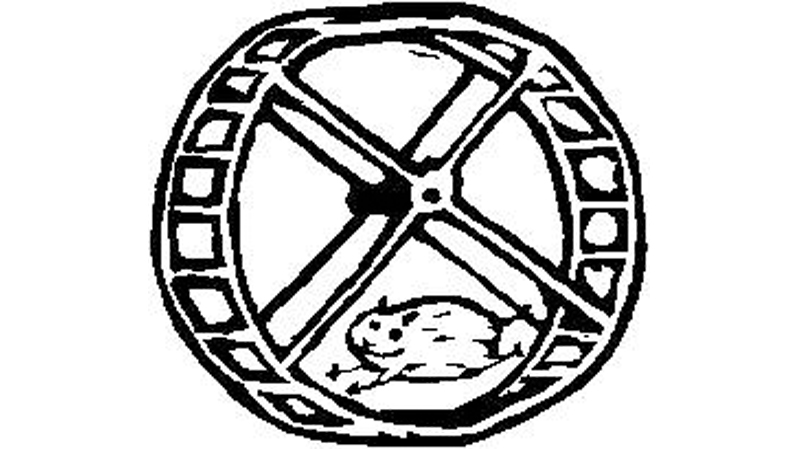 I’ve spoken and consulted in more downtowns in the United States (over 500), than any other business consultant , but one of my most memorable workshops happened in downtown Stamford Connecticut in April, 2003. That morning, before I addressed an audience of business owners, I decided to insert an image of a hamster running in its wheel. That image seemed to me to be similar to what I had seen owners doing, working extremely hard, endlessly repeating the same tasks, even though those tasks never helped them achieve the progress they wanted in their businesses.

When I flashed the image on the screen, an owner of a baby specialty store (where Katie Couric shopped, I remember him telling me), rose out of his seat and shouted:  “That’s me!”

The audience roared. That little hamster resonated with owners.

Fast forward a few years. On a whim, I decided to see if anyone knew why hamsters ran endlessly on their wheels. And to my surprise, I discovered Dr. Chris Sherwin of the University of Bristol, School of Veterinary Sciences, who had published a paper on “Voluntary wheel running”.

Who knew there was an actual expert who studied why hamsters run on their wheels! Intrigued, I downloaded and read Dr. Sherwin’s 40+ page treatise and I’ll summarize it for you:

Dr. Sherwin found that hamster running occurs when a hamster is part of a “captive environment”, and it has an “urge to remove itself from its immediate area”. As they run, they perceive their activity as being “important”, and the running itself becomes “self-reinforcing”, causing them to continue spinning in circles, going nowhere. Finally, their running is “a result of feedback dysfunction”. They think they’re getting somewhere, but they aren’t.

So how does this apply to you and your business?

If you’re in business today, you have your own hamster wheel, and no owner (including me), has mastered how to escape the wheel completely. We all have a hamster wheel because our business models (the process by which companies provides value to customers and they, in turn, provide company revenue), doesn’t always operate correctly, efficiently, and at its optimum level of profitability.

My guess is that most of you have never looked at how you can alter your business model.  You’ve just been doing it, day after day, week after week, and for some of you, year after year. It’s actually fascinating how an owner can create a business that year after year, generates about the same revenue as the last, and even more fascinating to me, how an owner can be annually as displeased with the results as the previous year, and still not change!

Want to change your business model. Here’s how to start, by asking yourself these four (4) key questions:

2013 is gone, it’s a New Year, and you have a choice: If you’re not generating the revenue in your business that you want, it’s time to look at your business in its entirety and question everything that doesn’t produce the results you want. You built this business, you created your business model, and frankly, you’ve built your wheel. And you have the choice to change it.

You’re not a hamster. 2014’s the year to quit running on your wheel.

Registration is open for our March 4-6, 2014 Destination BootCamp. if you’re unhappy with your current business results, check it out by clicking here. 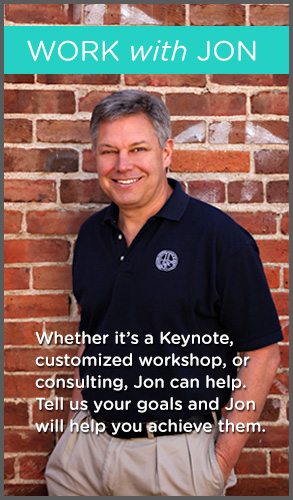