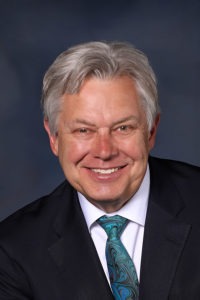 Jon Schallert is the only consultant and professional speaker who teaches businesses and communities how to turn themselves into Consumer Destinations.  Schallert speaks to thousands annually on his proprietary 14-step “Destination Business” process, which he developed over the course of twenty-four (24) years by studying and interviewing over 10,000 independent business owners in over 500 cities and towns.

Jon’s Destination Business Strategy has been used around the world by businesses large and small to help them capture more market share, even when larger, better-capitalized competitors seemingly have the advantage.  His process examines how a business elevates their unique qualities that a targeted customer finds most important.  When independent business owners apply Schallert’s strategy, they naturally attract more local consumers along with customers from outside their traditional marketplace.  Businesses also begin to attract more free publicity from the media, which in turn attracts more consumers than traditional advertising could ever reach.

Schallert’s consulting firm, The Schallert Group, Inc. was started after spending ten years with greeting card giant Hallmark Cards, where his unique marketing strategies were publicized throughout the company as “The Schallert Method”.  Hallmark used his expertise on a nationwide multi-million dollar new product rollout, and tapped Schallert’s expertise for their national reinvention of their card shop channel into “Destination” stores.

After leaving Hallmark, Schallert began speaking around the country in cities, towns, downtowns, and at association conventions.  After years of annually conducting over 1,000 on-site consultations with business owners, and studying the most successful business owners in North America, Schallert developed and trademarked his proprietary 14-step Destination Business process that he exclusively teaches today.

When Jon is not speaking around the country, he conducts his 2-1/2 day Destination Business BootCamp® and oversees his company’s online training network, Destination University®, and his recently developed Destination Creation Course, taught by a team of certified facilitators in 23 states in the USA and 2 provinces in Canada.

Some of Schallert’s corporate consulting clients include Kellogg’s, KitchenAid, Bank of America, Denver International Airport, Jiffy Lube, Ace Hardware, Anheuser Busch, and Hunter Douglas, to name a few. His insights are frequently seen in national publications such as The Wall Street Journal, The Washington Post, and Entrepreneur Magazine.  He is the only consultant in the world to receive the “Top Motivator” Marketing Aware from Potentials Magazine.  He is a member of the National Speakers Association and the National Main Street Network.