Sure, Retail’s tough. And here’s how to succeed at it. 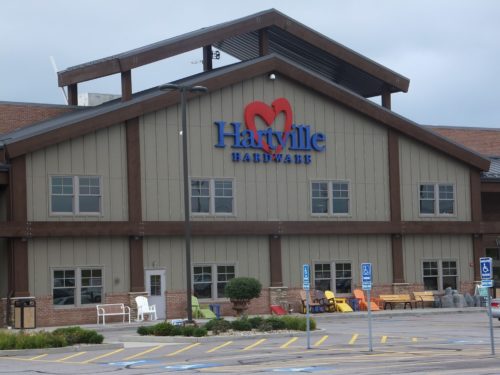 In the last 2 months, there have been multiple articles written about the “Retail Apocalypse”, the term journalists use to describe the many retail stores and malls that are closing.

One article in Bloomberg magazine by Matt Townsend and others was titled: “America’s ‘Retail Apocalyse’ Is Really Just Beginning”.  The article detailed the debt that major chains are carrying and the history of chains going out of business.

My favorite article was written by Bart Higgins in the Wall Street Journal that showed the Rolling Acres Mall in Akron, Ohio with the headline “What to Do with Dead Malls?” Bart wrote: “Brick-and-mortar stores are closing at unprecedented rates”.  To drive home the point, the WSJ used a photo of the mall at center court showing boarded-up stores, dying trees in the planters, and broken lights and tiles dangling from the ceiling.

All of these articles sure make it sound like the end is near for retail.

But nothing could be further from the truth.  What we’re witnessing is not the end of retailing. We’re witnessing the results of years of rapid retail growth of copycat stores who thought the way to grow profits was to add more locations, adding their stores to developer-created clusters of additional copycat stores in any city or county that seemed viable.

What we’re really witnessing is retail reinvention in a massive way. And the winners will be those proactive retailers that make themselves true Destinations for consumers, complete with one-of-a-kind product, services, experiences and surprises.  These retailers will continue to grow and thrive, despite any competition that comes from Amazon and other online retailers.

Want an example?  Look a mere 17.2 miles away from where the Rolling Acres Mall in Akron stands as a wreck of its former self and you can find the Hartville Hardware store, the world’s largest hardware store at 305,000 square feet, thriving in a city of 3,020 people.

What?  The world’s largest hardware store profitably exists in a city of 3,020?  Yes!  And though this store is unusual because of its size, there are hundreds of Destination retailers in North America whose locations are even more demographically-challenged, not nearly as large, with often lower populations, that are attracting both local customers and shoppers from miles away.

All of these stores are living proof that Consumer Destinations are avoiding an Apolcalypse and proof that as Destination retail thrives, so can small towns and urban areas prosper when a developer would never have considered their marketplaces viable for a mall of any kind.

So, when you hear someone say that “retail is tough”, remind them that it’s never been an easy vocation, and when someone says that Amazon is going to kill all retail stores, just smile and walk away because retail isn’t dying. It’s simply morphing. And those smaller communities, savvy developers, proactive downtowns, and retail entrepreneurs who recognize that ‘location, location, location’ is no longer the key to retail success will be the true beneficiaries of this retail shift.

That’s it for this post. Feel free to call if you’d like to talk more about your business becoming the most powerful version of itself, a Destination Business.