In Praise of Slackers Using Yammer to create a company network

Borders: Another “Victim” to “External Forces” 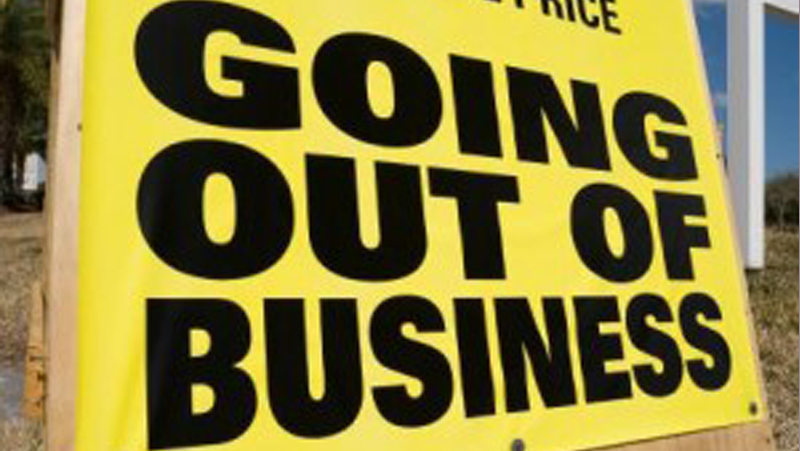 Our local Borders book store just closed, along with all the other Borders around the country.  Our local Longmont, Colorado store had made it through the first round of store closings, and some in our community thought they were going to be one of the lucky ones.

No such luck.  Their store close-out sale begins today.

Honestly, I did like our local Borders.  They were convenient, had a pretty good selection, and some of my neighbors even worked there, so it had a somewhat non-chain feel to me. It’s always painful to see any store close, and it’s especially not fun when your community loses a business like Borders.  It meant a lot to a huge group of people, including those employees who are now out of a job.

I learned about the closing first from our local newspaper, and then, through a mass email sent out by
.  And that’s what I want to talk about, specifically this following paragraph that comes from his email, where he explained why the closings occurred:

“We had worked very hard toward a different outcome. The fact is that Borders has been facing headwinds for quite some time, including a rapidly changing book industry, the eReader revolution, and a turbulent economy.  We put up a great fight, but regrettably, in the end, we weren’t able to overcome these external forces.”

I don’t want to be one of those guys who piles on when someone’s down on the canvas, but, Mike…how about taking a little responsibility in your final goodbye?

Just once, I’d like to see a CEO of a chain NOT blame their store closings on external forces.  Just once, I would like to hear a CEO of a business that’s closing admit any of these:

“We had a faulty business plan, and we should have altered it earlier”

“We paid our executive team too much and they really didn’t contribute to making our stores better, and that includes me”

“We consistently provided customer service that customers could find anywhere, even while shopping online”

“We really weren’t a Destination to our customers.”

Mike could also throw in, at the end: “And the poor economy and Kindles hurt a bit, too.” I’ll give you that as a contributing factor, but not the main one.

Borders now joins a long list of retail failures in our country’s history, businesses that were unwilling to change course when it was obvious that they should, who started ignoring the little things that make a business slip from great to OK.  Collectively, companies like these look the other way, start settling for the average, and then, seem surprised at the result.

I never like to see any company fail.  But I like it even less when the leader of a company plays the victim without acknowledging the internal slide that’s been happening for years.

Mike (if you take on another CEO role), how about a little honesty to your customers in that final goodbye?

January 26, 2023
The Power of Shortcuts, Best Advice Starting 2023, and a Cow that Comes When She’s Called
August 27, 2022
Insights, Updates, a Contest and a Laugh for August 27
August 23, 2022
Businesses and Organizations Accelerate their Marketing Efforts after Norman, Oklahoma Destination Workshop
January 11, 2022
It’s 2022: Get Massive Free Publicity & How to Help Rural Businesses, Canadian-Style
December 14, 2021
3 Keys to Becoming a Destination Business: My Post-Thanksgiving Blog
October 8, 2021
Puyallup Main Street Hosts “New Rules of Small Business” Workshop After Pandemic Delay
February 16, 2018
Sure, Retail’s tough. And here’s how to succeed at it.
May 13, 2016
Everyone Wants You to Grow, but Who Really Wants You to Thrive?
April 1, 2016
The 4 Biggest Lies Customers Tell You
March 25, 2016
Quit Killing Your Business: Preserve Your Profit Margin
April 23, 2014
It’s Time to Act Impulsively in Your Business
March 12, 2014
The Power and Popularity of Being Small